TMRGB is a blog series wherein I, a bearded HazMat trucker and blast crewman, recommend effeminate fiction to the masses. 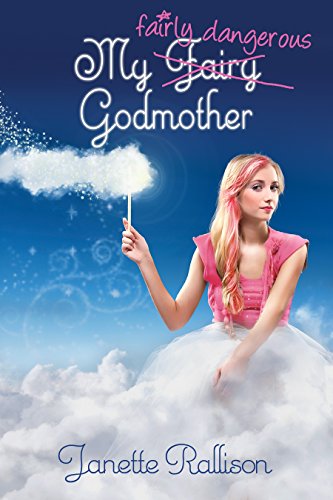 Let’s hop in the way-back-when machine (maybe it’s a phone booth, maybe it’s a crappy car from the 80s, whatevs) and set the clock to 1997. I’m just starting the 8th grade. I don’t know what I’m going to do for a career, beyond writing killer awesome books with like, aliens and explosions and sweet car chases and stuff. And everyone will love my work.

While I daydream about this, sitting at the drawing table in my bedroom and listening to Smash Mouth (WHOOOO 1997) a grown man with a gnarly beard and a plaid wardrobe bursts into my room and tells me that he’s me, 20 years from now.

“Sweet!” Little Graham says. “What do you do for a living?”

Big Graham takes off his shiny Aviator sunglasses and, in a booming voice replies, “I blow things up. And people pay me for it.”

“Awesome! Is there anything else I should know? Are you an artist?”

“Yes to the second. As to the first, I read girl books sometimes.”

“Peace out, Little Graham. And don’t date any girls named –”

I disappeared before I could tell me who not to date, a typical jerk move on my part.

Back to the present: two weeks ago I had to take a trip up to Northern Nevada to help some blasters blow up part of a gypsum mine. It was pretty sweet. I had, like, two whole days of driving, so I burned through a few audiobooks. One of them was Janette Rallison’s MY FAIRLY DANGEROUS GODMOTHER.

Look, when you play with explosives in exchange for money, you tend not to care about little details, like jumping into a series by reading Book #3 first. Which is what I did here. And fortunately, that panned out okay, because Rallison wrote these in such a way that you can do that. From what I gather, there’s a recurring character in all three books (Chrissie, the titular fairy godmother) who helps out a different girl in each book.

In this instance, we’re dealing with Sadie Ramirez, a girl who botches an America’s Got Talent-esque audition on TV, in front of her celebrity crush. Then she pukes on stage and becomes a viral sensation. Her fairy godmother intervenes to offer her a chance to fix this…by being a conniving little self-serving witch and forcing Sadie into a fairy tale deathmatch that could ruin her life.

(Also, I guess there are hot guys involved. I assume so, from Sadie’s perspective. I myself am wired the other way.)

I frequently found myself smirking at the clever twists and turns, as well as the projection-worthy moments in the story that would totally land with the target audience of teenaged girls who have secret crushes on celebrity guys. They are plentiful, and amusing. On top of that, the life lessons learned by Sadie are good things for young girls to learn as well, namely that of having confidence in one’s self and choosing not to place too much value on what others think of you.

Plus, Sadie’s audition snafu reminded me of Lindsey Stirling, whose entire career since then has been a giant middle finger to Piers Morgan, and I’m a big fan of that. (And her music.)

This book is plenty of good clean fun. I know I enjoyed it from behind the wheel of a Peterbilt with a lowboy Cozad and a bulk truck on the back, despite blowing an inner trailer tire somewhere near Hawthorne, a minor issue that took two freaking hours to resolve. Not that I am bitter; not when I have a book.