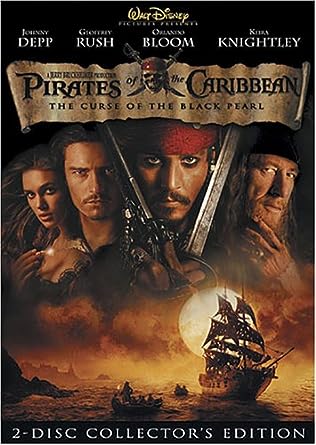 There’s always a best-movie-of-the-summer, and whatever it was supposed to be in 2003, Jack Sparrow (sorry, Captain) came along and sank it.

Naturally, with studios and shareholders being what they are, this created a demand for sequels on all sides, and I for one was thrilled at the prospect. I loved Jack’s antics, Will & Elizabeth’s chemistry, Barbossa’s craftiness, and the dogged determination of Commodore Norrington.

I’m trying to examine what went right in the first three, and contrast it with what went wrong in the last two, because…well, when something you enjoy becomes unenjoyable, you (I) want to figure out why. As a content creator I need to know things like this, so that I avoid the same pitfalls.

(I am, after all, going to write sequels to the Engines novels…but that’s another post.)

So in no particular order, here’s what worked for The Curse of the Black Pearl.

That’s my take right now, off the top of my head. Next up I shall re-watch Dead Man’s Chest and break it down in similar fashion. Sound off if I missed anything here.

One thought on “Graham Re-Watches Pirates, part 1: The Curse of the Black Pearl”