My first summer in Provo, I entered a lottery for a permit to hike the Subway Canyon with two of my friends. I’d done the hike once before as part of a Scout Camp, but this go-round would be different: we’d start from the bottom and go up, then come back down, instead of dropping in from the top (because we needed to have our car at the bottom.)

All the camping spots were full when we got in, and it was late, so we didn’t bother pitching tents on the ant-covered ground. I slept on the roof, while Shane and Eli reclined the seats in my Subaru and left the hatch open.

At the entrance to the park.

This was a foot bridge near the bottom of the trail, covered in debris from a flash flood before we got there.

Eli was a wrestler from Texas, grew up on cattle ranches and whatnot. I spent that summer working out with him and Shane (who was an exercise sciences major.) Most nights at the gym we were pounding iron.

The main appeal of this hike, for me anyway, is that you spend almost half of it swimming.

There are holes like this all the way down.

This is about as high up the trail as we could manage. Once you hit the waterfalls, it’s time to turn back. 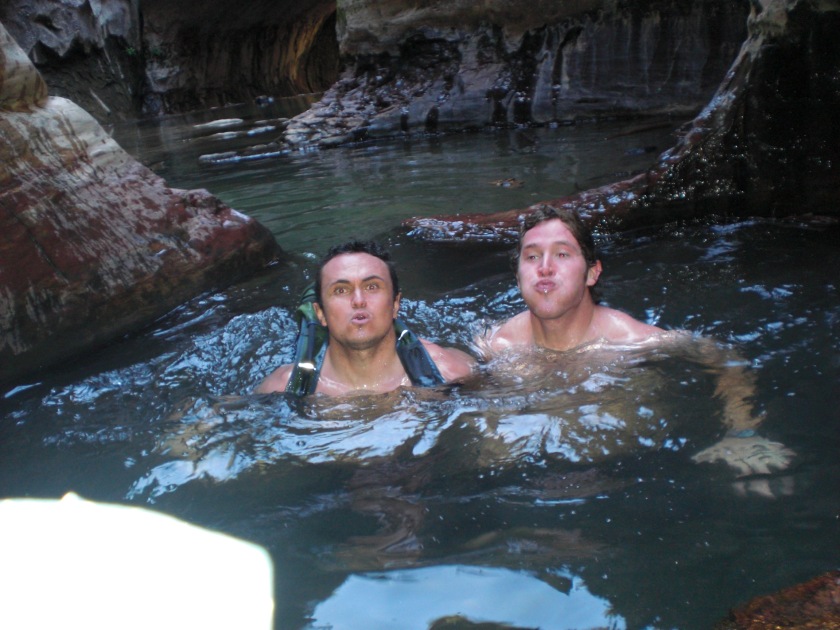 Some of the pools are really deep. 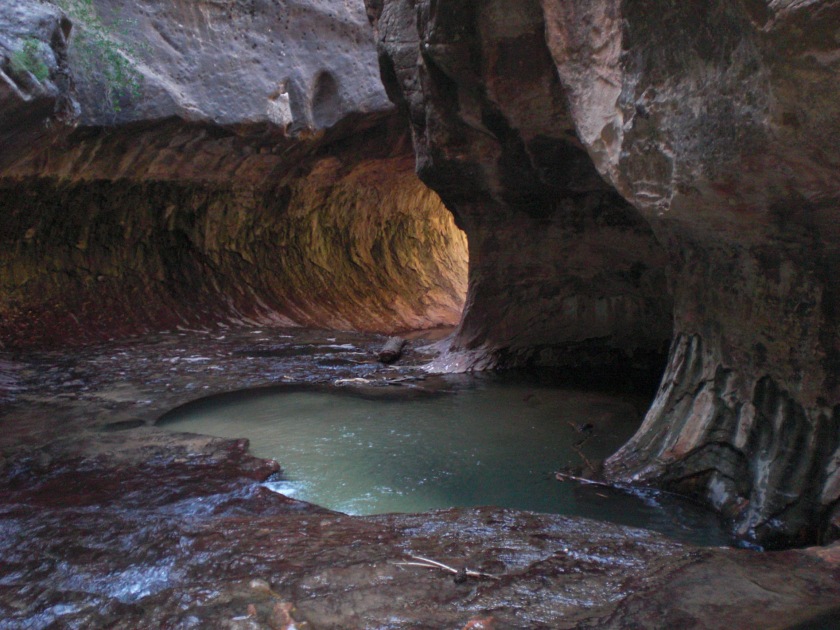 And the rock formations are amazing. I don’t know how many tens of thousands of years it took to do this, but it’s been going on for a heckuva long time.

The way back down is a lot more fun. 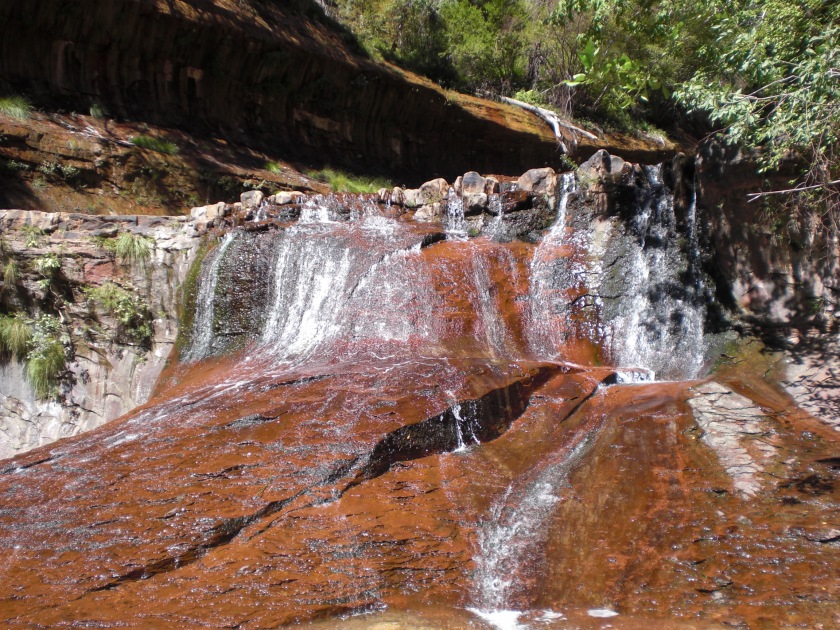 I stopped taking pictures during the last two miles or so, because we were out of bottled water and the sun had taken its toll on us. It was pretty miserable once we were away from the water, and when we got back to my car it had ants crawling all up in it, so we spent the rest of the drive back to Provo squashing bugs and talking about the upcoming semester.

This was about year after I had read Louis L’Amour’s autobiography, EDUCATION OF A WANDERING MAN, wherein I learned a truth that has made a great deal of sense to me:

Adventure is just a romantic name for trouble. I’m glad I have friends to get in trouble with me.