I’m 5/12ths of the way done with the art for my next book. Follow me on Insta and Twitter (@DreadPennies) for updates in real-time.

Just knocked this one out Saturday, biggest piece in the book. 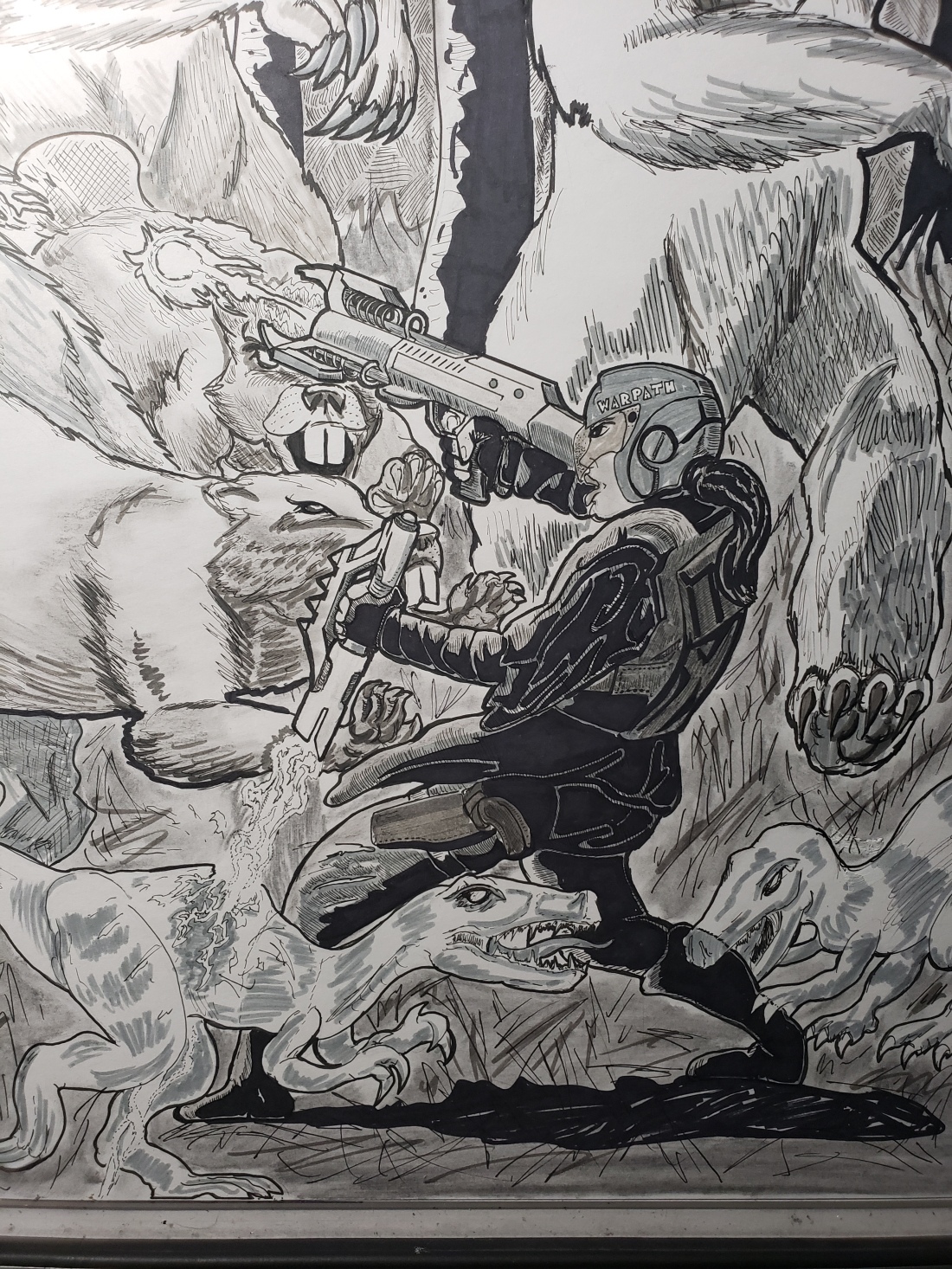 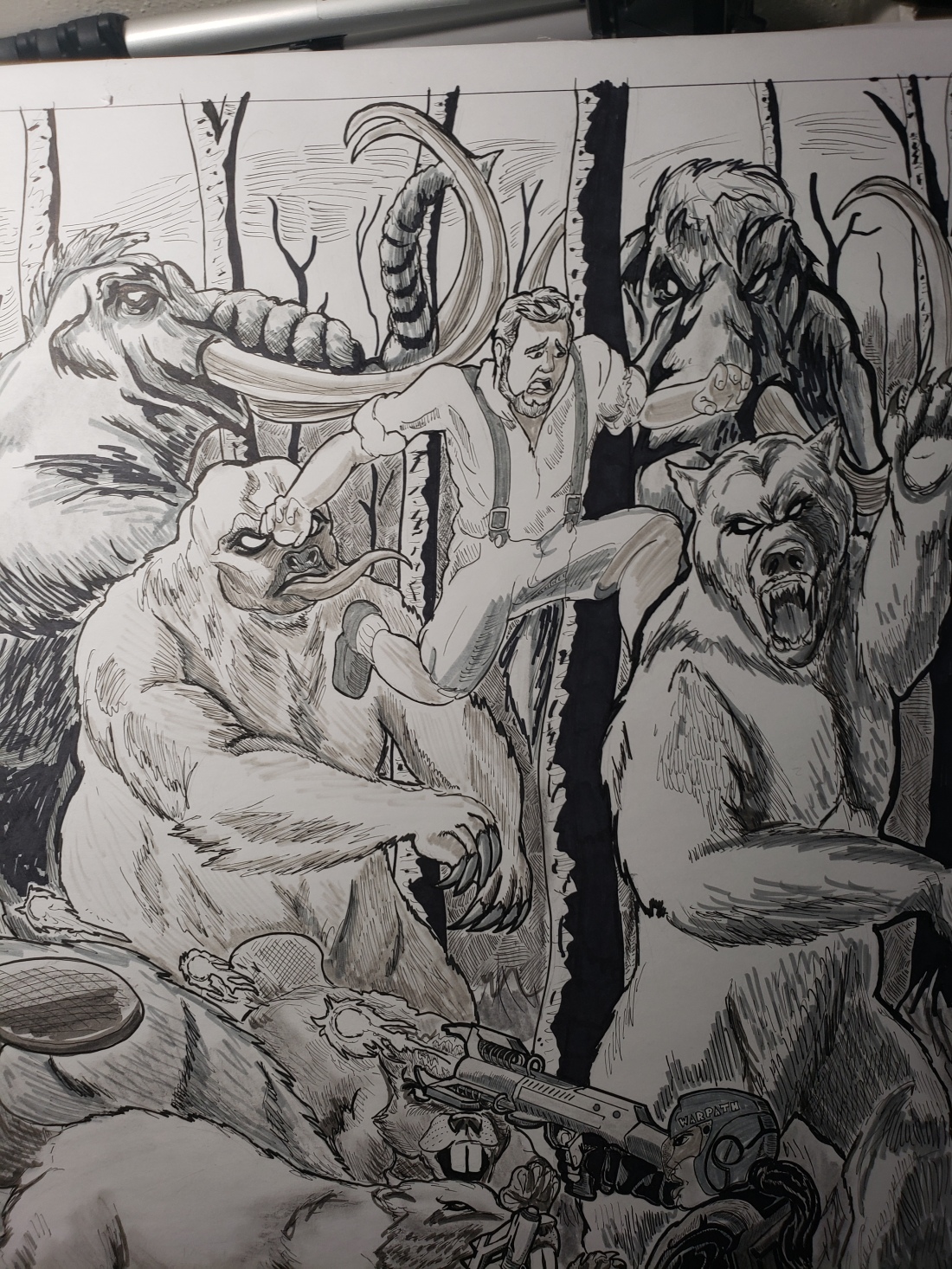 Kerstan, a ghost who helps the good guys.

The Headless Horseman with shotguns, riding a mammoth. Because yolo.

My first summer in Provo, I entered a lottery for a permit to hike the Subway Canyon with two of my friends. I’d done the hike once before as part of a Scout Camp, but this go-round would be different: we’d start from the bottom and go up, then come back down, instead of dropping in from the top (because we needed to have our car at the bottom.)

All the camping spots were full when we got in, and it was late, so we didn’t bother pitching tents on the ant-covered ground. I slept on the roof, while Shane and Eli reclined the seats in my Subaru and left the hatch open. 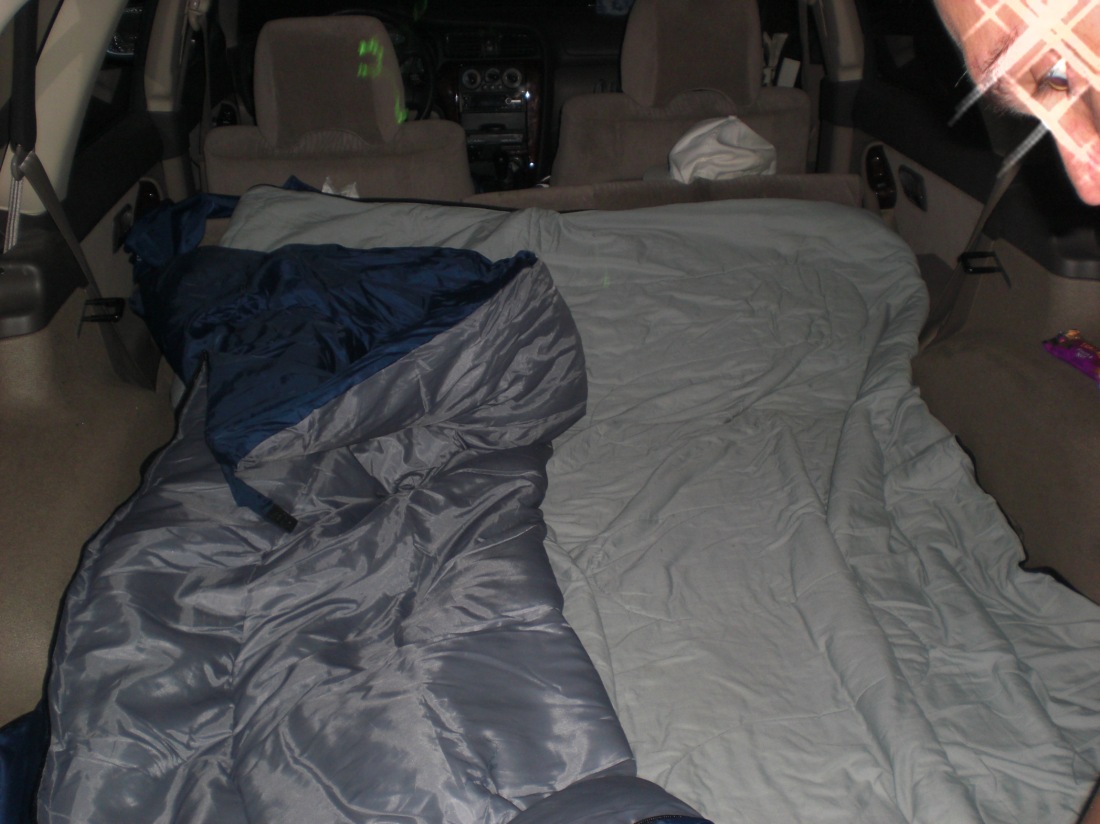 At the entrance to the park.

This was a foot bridge near the bottom of the trail, covered in debris from a flash flood before we got there.

Eli was a wrestler from Texas, grew up on cattle ranches and whatnot. I spent that summer working out with him and Shane (who was an exercise sciences major.) Most nights at the gym we were pounding iron.

The main appeal of this hike, for me anyway, is that you spend almost half of it swimming. 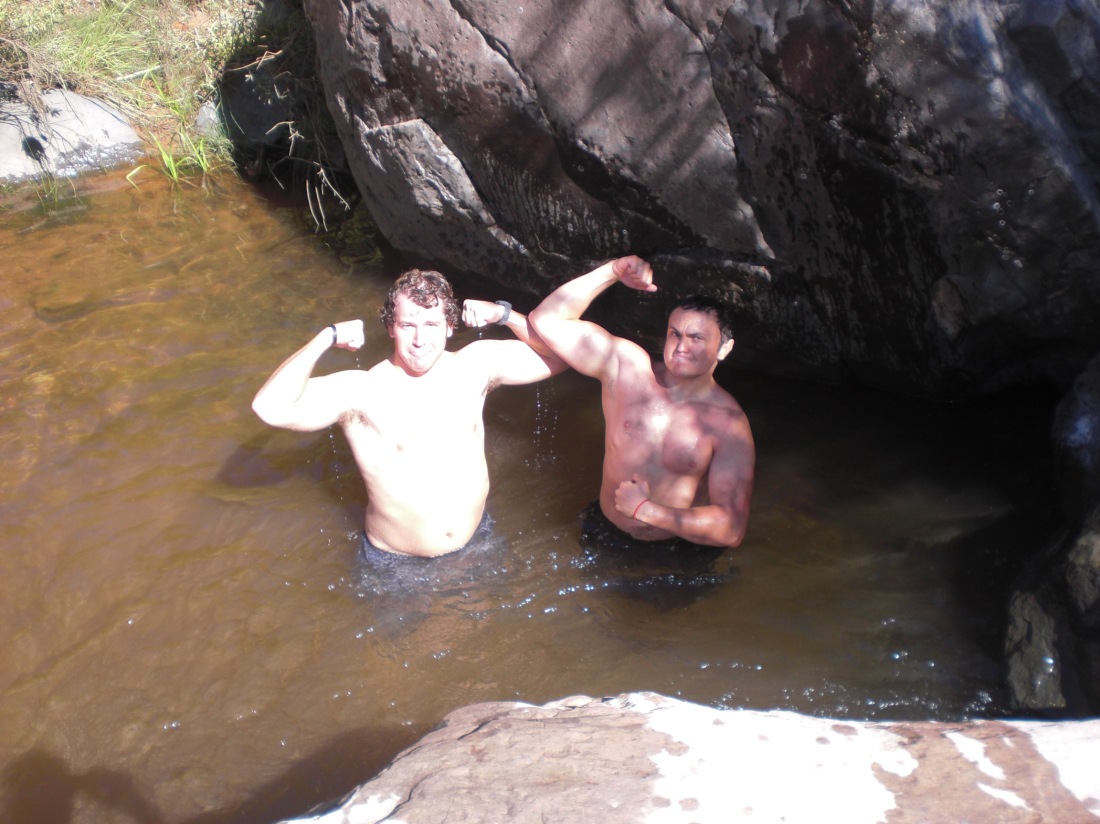 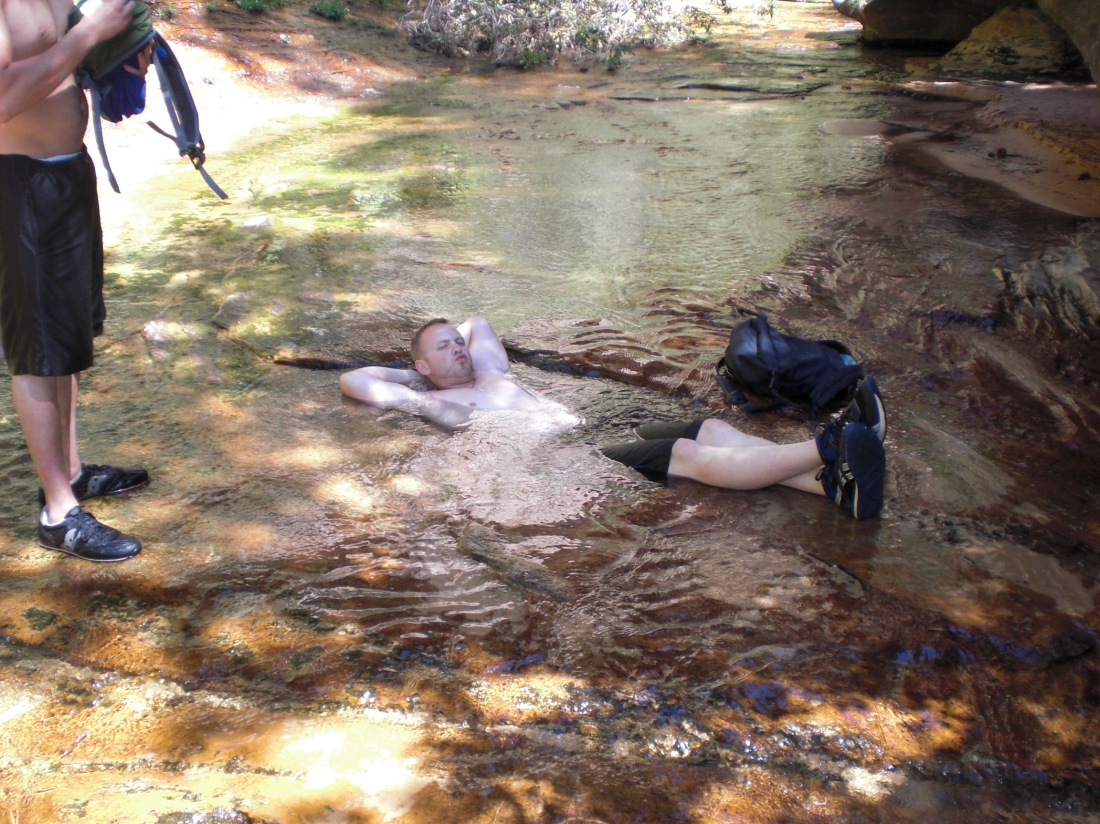 There are holes like this all the way down. 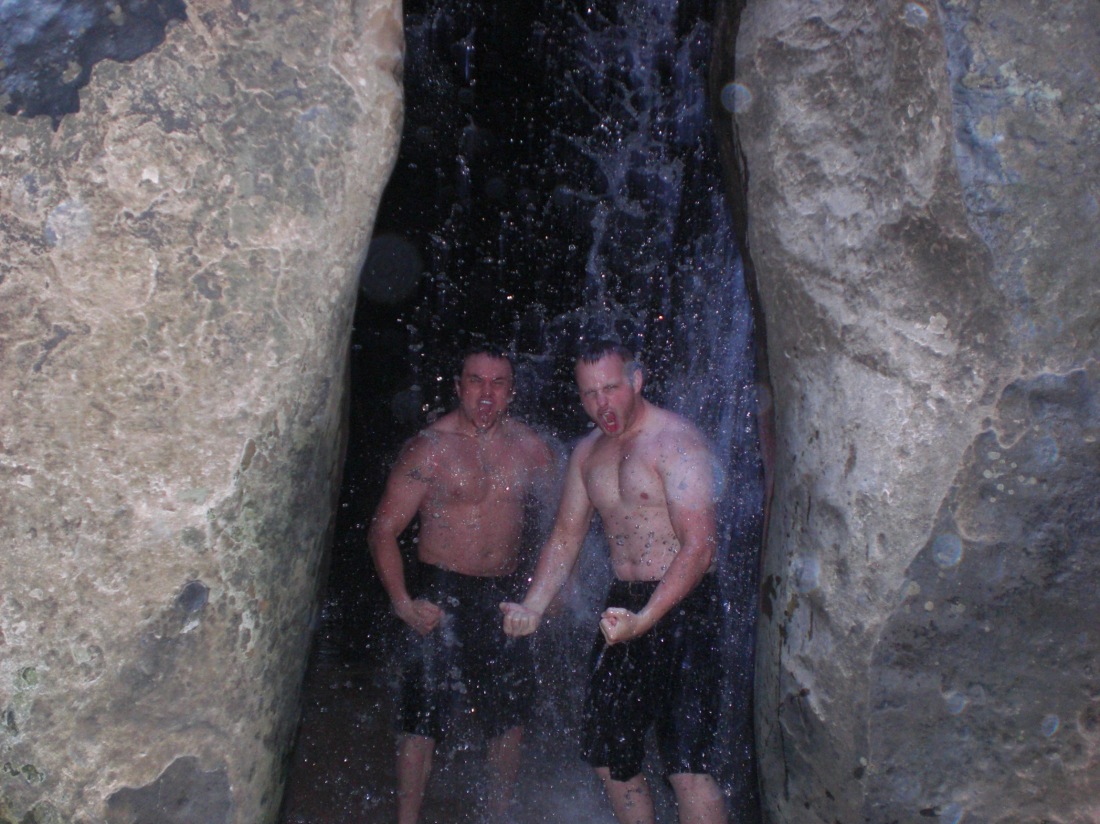 This is about as high up the trail as we could manage. Once you hit the waterfalls, it’s time to turn back.

Some of the pools are really deep. 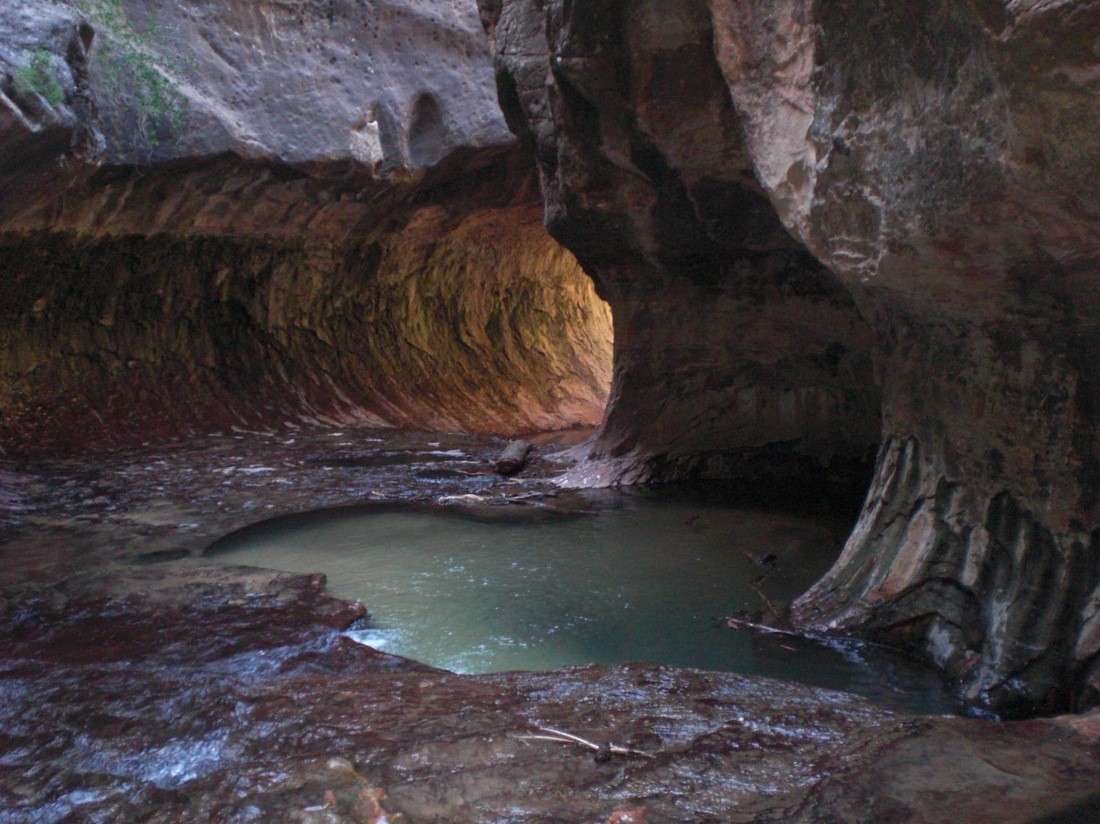 And the rock formations are amazing. I don’t know how many tens of thousands of years it took to do this, but it’s been going on for a heckuva long time.

The way back down is a lot more fun.

I stopped taking pictures during the last two miles or so, because we were out of bottled water and the sun had taken its toll on us. It was pretty miserable once we were away from the water, and when we got back to my car it had ants crawling all up in it, so we spent the rest of the drive back to Provo squashing bugs and talking about the upcoming semester.

This was about year after I had read Louis L’Amour’s autobiography, EDUCATION OF A WANDERING MAN, wherein I learned a truth that has made a great deal of sense to me:

Adventure is just a romantic name for trouble. I’m glad I have friends to get in trouble with me. 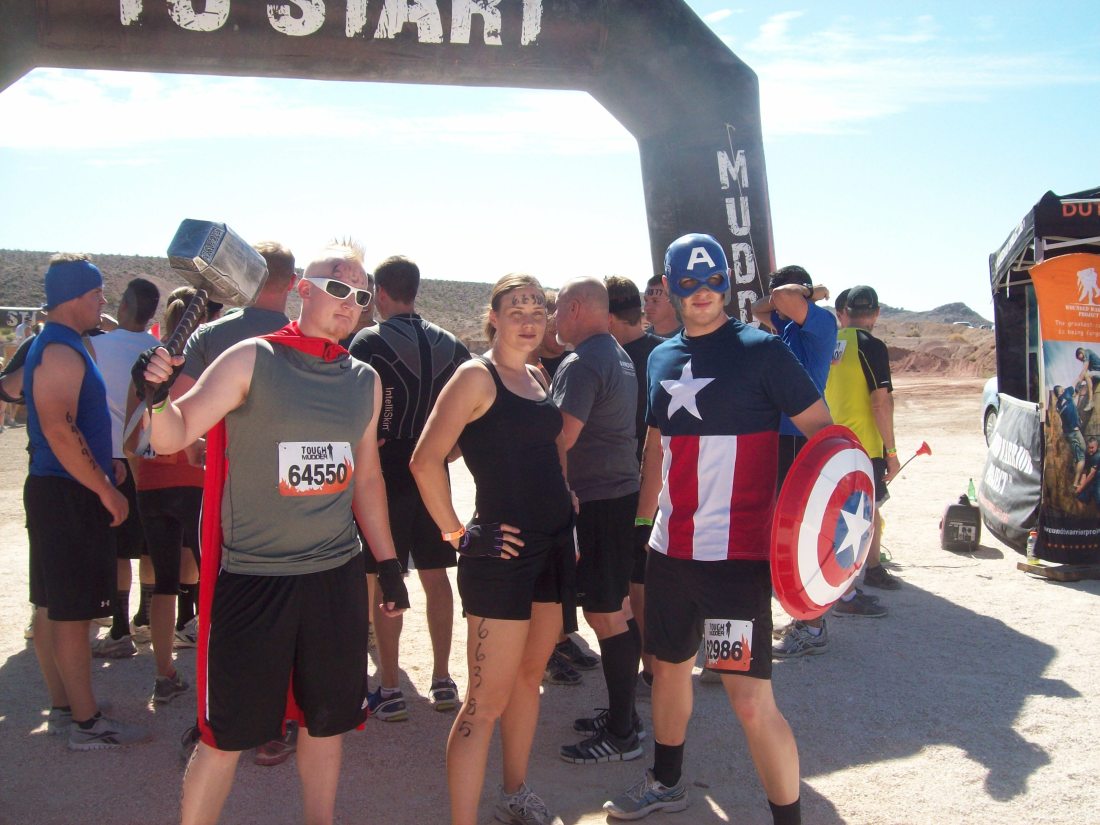 Six years ago, I got into the best shape of my adult life, thanks mostly to my friend Braden (left, with Mjolnir.) He told me to train for a Tough Mudder, so with 7 or 8 months to go, I signed up and hit the cardio.

Between exercise and calorie counting, I dropped thirty pounds and had a great time running with Braden and my other friend, Aprilynne. We went with an Avengers theme, since it was 2012, and I thought the shield would come in handy on the electric cable obstacles.

It ended up being a nuisance more than anything, but it got the job done. 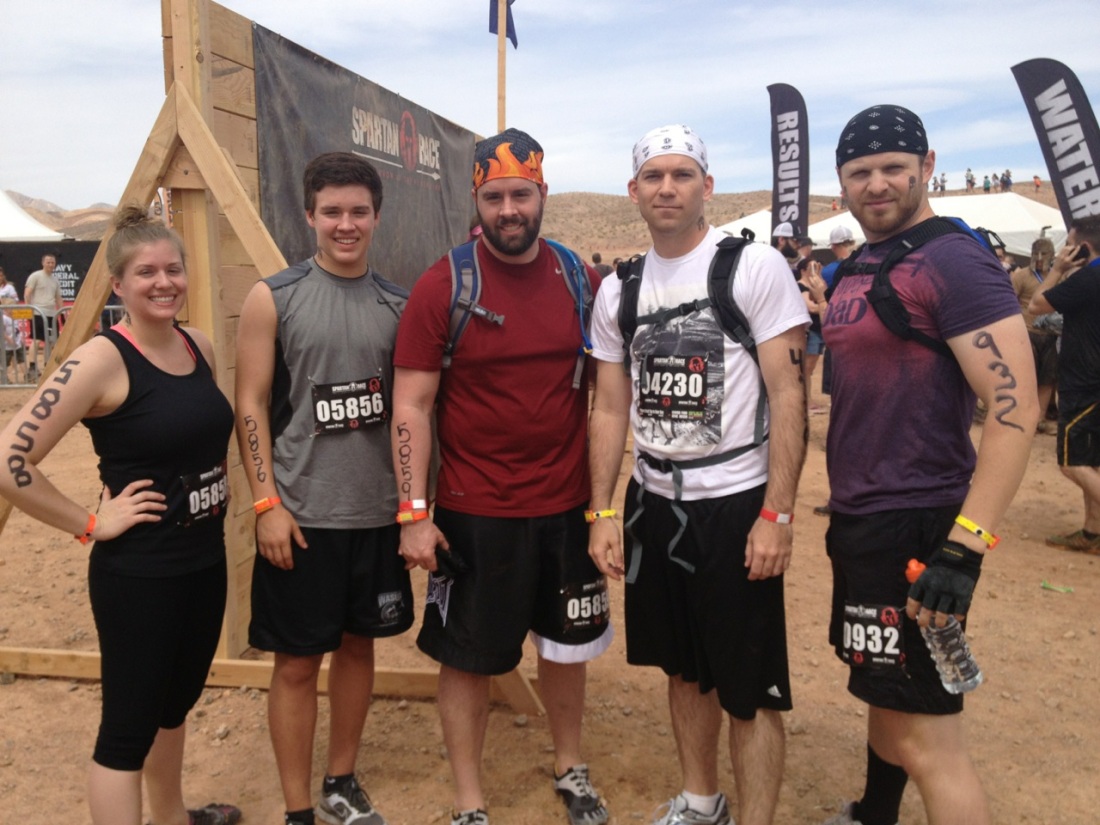 Six months later I did a Spartan Race with a different group. I liked it a lot more than the Tough Mudder, because the obstacles were spaced out better, and were more geared toward upper body strength, which I had. I managed to stay around 190 pounds for this run, as well as the Mudder before it.

Two years after my first run, I did a third, this time with my wife. Between life as a trucker and life as a parent, I had gained some of the weight back, and ran this one at about 205. It was also at a higher elevation, double what I was used to, so it didn’t go as smoothly for me, but we had fun.

Then this one happened. October 2015.

Aprilynne invited me back for a third Mudder, my fourth overall mud run, and I had not had the time to get in shape for it. Our second kid had just come along (and Schaara had been sick for most of that pregnancy) and I was working a new job with longer hours. I ran this one at about 215 pounds, and wanted to die after 3 miles. (The whole course was 11-12.)

At one point I even looked to my wife, who was there as a spectator, and said “Don’t let me run one of these ever again.”

About that. I’m signed up for another Spartan, later this year.

Having been stuck at 230 pounds for about six months, I’ve decided to get back in the game. Changing my diet again, counting calories again (though with some modifications…the first time, I was 27 working a desk job. Now I’m 33 working a field job. Different animals.)

I’m going to do this. I have five months to get back into shape and the clock is ticking. I’m only a third of the way through my life, I really don’t want to be an out-of-shape suck for the rest of it.

Illustrated novella HOMEWORLD, coming Spring 2018May 1st, 2018
It's about an alien invasion. It doesn't go the way you think.